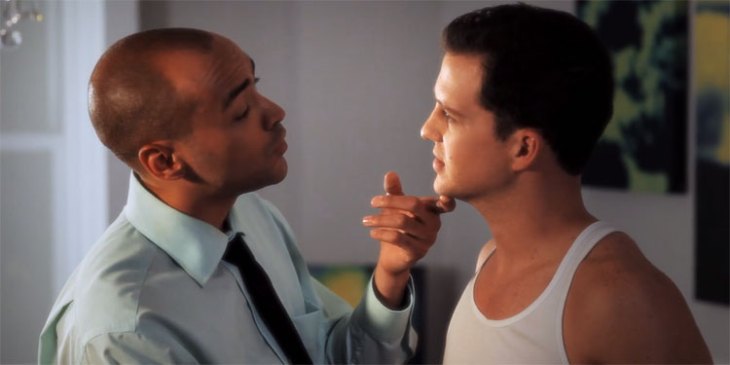 While there are a lot of good gay web series around, the problem for all of them is cash – if you don’t make any, it’s difficult to make more episodes. If you release your series for free on the web, you’re unlikely to make a huge amount of money from the likes of Youtube (unless you get extremely popular). If you charge for episodes, will people stump up the cash to watch?

The new web series People You Know is hoping so, as while you can watch the pilot episode below for free, if you want to see the rest you’ll need to pay for it via Vimeo On Demand. To make the offering a little more enticing than many web series, each episode is 20 to 30 minutes long and sells itself as being the web equivalent of a ‘primetime drama’ – although as you’ll see if you watch the pilot, it’s a little bit naughtier than network TV. Season 1, Part 1 is available for $15.99 (or $2.99 an episode), with the makers hoping to film Season 1, Part 2 this autumn.

Here’s the synopsis: ‘People You Know tackles the story of having it all in the most iconic, demanding and cutthroat city in the world, New York City. People you Know is a provocative series where the seven deadly sins corrupt a group of thirty-something urbanites, threatening their chance for happiness and love, as they strive to achieve their dreams while surviving the drama. At every turn, these friends get pushed to the limit and run the risk of losing all they hold dear. Joining the inner circle of friends are Pandora Boxx, of RuPaul’s Drag Race and Steve Hayes from Trick and Big Gay Musical.’

“This is more than a show about people behaving badly. It’s a story about how we all want to do the right thing, but sometimes our base desires get in the way.” Co-Creator Baltimore Russell says. “Each of these characters make choices that will affect their lives in very dramatic ways.”

“Our hope is that the audience joins us on this ride and that they find a little bit of themselves in the characters.” Co-Creator John Dylan DeLaTorre says. “We created this show to explore what it’s like for a close group of friends to maintain their relationships in the face of some incredible odds, where sometimes your best friend is your worst enemy.”

You can find out more and watch the pilot and others episodes at peopleyouknowtheseries.com